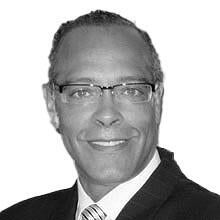 Martin Cunningham is a subject matter expert on countering the financing of terrorism and is a frequently demanded guest speaker on the topic. As an Adjunct Professor with the Joint Special Operations University, he facilitates a counter threat finance course. Martin also serves as a guest lecturer at various institutions to include the Navy War College, the University of South Florida, Georgia State University and the Kennedy Special Warfare Center and School.