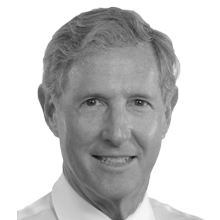 Jay Weaver is an award-winning journalist who has covered the federal criminal courts and produced major investigative projects at the Miami Herald for more than 20 years. In 2018, Weaver collaborated with a team of Herald reporters on an investigative series about a multibillion-dollar money-laundering scheme involving Miami imports of tons of gold from South America mined by cocaine traffickers and other criminals. The series showed how drug cartels destroyed the Amazon rain forest, poisoned laborers with mercury and exploited poor workers to export gold to some of America's biggest corporations, from Tiffany & Co. to Apple and General Motors. The series was honored as a 2019 Pulitzer Prize finalist for Explanatory Reporting.

Weaver also teamed up with investigative reporter Michael Sallah in 2016 on a series of stories about bribery, corruption and financial malfeasance in one of Miami-Dade County's poorest cities, Opa-locka. The series was awarded first place for public affairs reporting by the Society of Professional Journalists in the Southeast, the Florida Society of News Editors and the Florida Press Club.

Previously, Weaver won first place in the AP Sports Editors contest for Breaking News in 2014 for his exclusive scoop on New York Yankees slugger Alex Rodriguez's confession of steroid use to the Drug Enforcement Administration while publicly denying it for nearly two years. Weaver also captured the Beat Reporting award from the Florida Society of News Editors for the Rodriguez story and other legal tales.

Over his career at the Herald, Weaver has written about a rogue's gallery of corrupt politicians, Ponzi schemers and international drug traffickers. Among his most notable works: ground-breaking stories on South Florida's Medicare rackets that highlighted the loss of billions of dollars in government benefits due to local scams by clinic owners, patient recruiters and physicians.

A decade ago, Weaver broke a series of stories about dozens of Cuban immigrants infiltrating the Medicare marketplace and pocketing millions, then fleeing back to their homeland and other Spanish-speaking countries to evade criminal prosecutions. Weaver won first place in the 2009 National Headliner Awards for Health, Science and Medical Reporting.

In 2001, Weaver was a member of the Miami Herald staff that won the Pulitzer Prize for Breaking News for the paper's coverage of the federal government's seizure of Cuban boy Elian Gonzalez. He was swept up into a highly political custody battle between his father on the island and his relatives in Miami, with Cuban leader Fidel Castro and the Clinton administration battling over the boy's fate. Weaver wrote hundreds of stories about the international dispute before and after his seizure and return to the father. He also covered the pitched legal fight for the presidency of the United States between George W. Bush and Al Gore during the contested 2000 recount of votes in Florida's election and contributed to a staff-produced book titled "Democracy Held Hostage." Before joining the Miami Herald in 1999, Weaver was a staff writer at the Fort Lauderdale Sun-Sentinel, the Quincy Patriot Ledger, the Cambridge Chronicle and the Daily