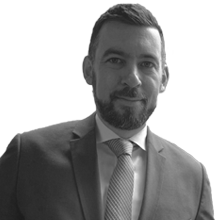 James is the Executive Director of Transparency International Canada since 2018. His background is in international development, focusing on anti-corruption and security. James’ work includes program management and design, training, research, and fundraising for organizations including the United States Institute of Peace, the African Centre for Justice and Peace Studies, the Global Organization for Parliamentarians Against Corruption, and the Geneva Centre for the Democratic Control of Armed Forces, and published and presented for organizations and outlets like the International Centre for Transitional Justice, the Globe and Mail, TVO, CBC, and BNN. James also worked for Transparency International’s Defence and Security Programme from 2011-2013 where he focused on corruption risk to military, police, and peacekeeping, as well as advising governments and civil society including TI chapters. James joined TI Canada in 2016 as Interim-Executive Director, and held the post of Director, Programmes and Engagement before becoming Executive Director. James holds a Masters from the Graduate Institute of International and Development Studies, Geneva and a Bachelor of Social Science in Political Science from the University of Ottawa.