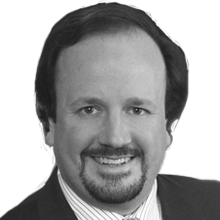 He has developed a recognized expertise in advising on the intersection of Canadian economic sanctions and anti-corruption measures with those of the United States, European Union and other jurisdictions. He speaks and writes extensively on these topics at both the national and international level.

John testified before Canada's Parliament on the enforcement of economic sanctions and anti-terrorism laws, and many of his recommendations were adopted in the House of Commons Report of the Standing Committee on Foreign Affairs: A Coherent and Effective Approach to Canada’s Sanctions Regimes: Sergei Magnitsky and Beyond.

John is recognized by Who’s Who Legal as one of only four Most Highly Regarded Lawyers – Investigations (Canada) for his “outstanding knowledge of anti-corruption matters”. Recently, he was named by Expert Guide’s Best of the Best (Global) as one of the world’s top 30 international trade attorneys and by Best Lawyers as the 2019 and 2020 International Trade and Finance Law “Lawyer of the Year” in Toronto. Martindale- Hubbell rates John as “AV Preeminent”, their “highest level of professional excellence” and Chambers Global ranks him in Band 1 for WTO/International Trade.

Select recent examples of work in the economic sanctions and trade controls area include: