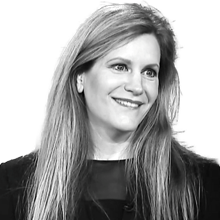 Christine was an Adjunct Professor of Law and also a moot coach for international arbitration law where, with former Court of Appeal Justice, the Honourable Edward C. Chiasson, she instructed students on legal drafting and written advocacy for complex international proceedings.  While at law school, she won two first place awards at an international moot competition.  She was on the judicial advisory committee, a committee of the Canadian Bar Association, which assisted Association executives in vetting candidates to become judges in British Columbia. In British Columbia, she launched the ACAMS chapter in that province and led its development and growth as an ACAMS chapter for Western Canada.

She is a frequent speaker on financial crime, having been invited to speak by the US State Department to the Global Entrepreneurship Summit, the United Nations UNICTRAL, the Financial Action Task Force and the Asian Development Bank.

She is a member of an EU financial crime and AI scientific research project that seeks to improve suspicious transactional reporting using AI with a consortium of AML experts, banks, an FIU and several federal law enforcement agencies.